It is written in Java.

There are two views in the latest version. You can see additional information on the target on both views. One view is called "Partitioning" and one is called "Overview". In the Partitioning view you can see possible groups of friends, separetd with different colors. This aids to find information on how many different circle of friends the target might have. In the overview page you can see the friends of the target in the same configuration as in the Partitioning view, but colors now represent the gender.

Remember: Your friends tell me all I need to know about you!

How does it work?

Basically it crawls a target's facebook friend list and then each friend's friend list again. It then writes the result into an in memory SQLite database which is used by the gephi toolkit library to produce a xml formated gexf file. The gexf file is then displayed as a graph either by using gephi or the gexf flash explorer.

It works on the new timeline feature as well without modification.

fbpwn - A cross-platform Java based Facebook social engineering framework, sends friend requests to a list of Facebook profiles, and polls for the acceptance notification. Once the victim accepts the invitation, it dumps all their information,photos and friend list to a local folder. Extensible module interfaces and built-in modules for advanced social engineering tricks.

socgraph is a facebook app that seems to do similar things. 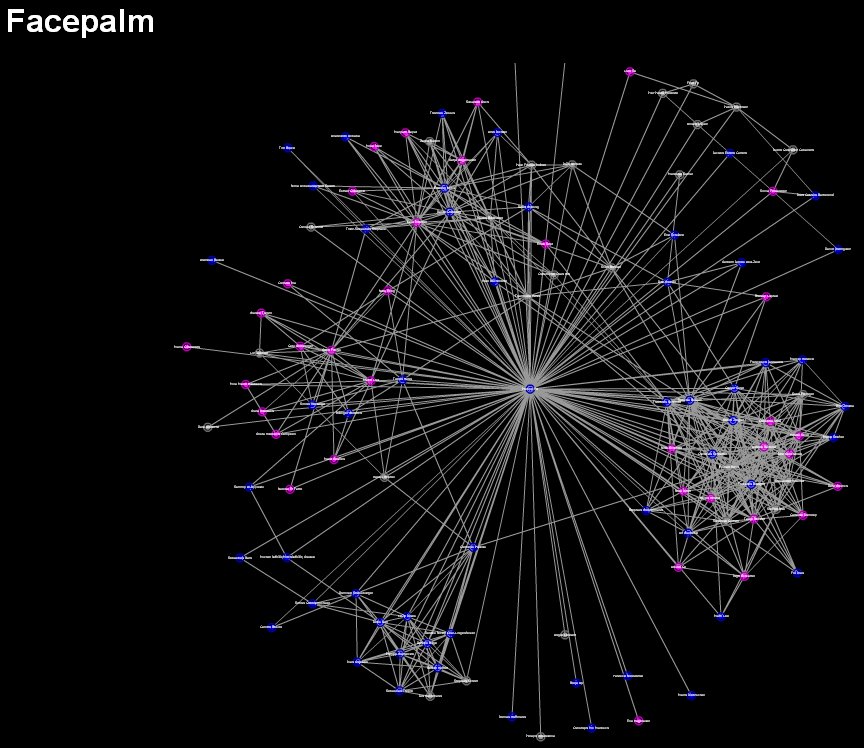 The code is GPLv3!

To compile you need the gephi toolkit jar, sqlite and commons io.

There is a jar for the lazy users: https://github.com/yorn42/facepalm/blob/master/facepalm-v0.5.jar